By entering this website you certify that you are of legal drinking age in the country which you reside.
Enter & Accept Cookies
We use cookies to ensure you get the best experience on our website. We do not sell or collect any data. 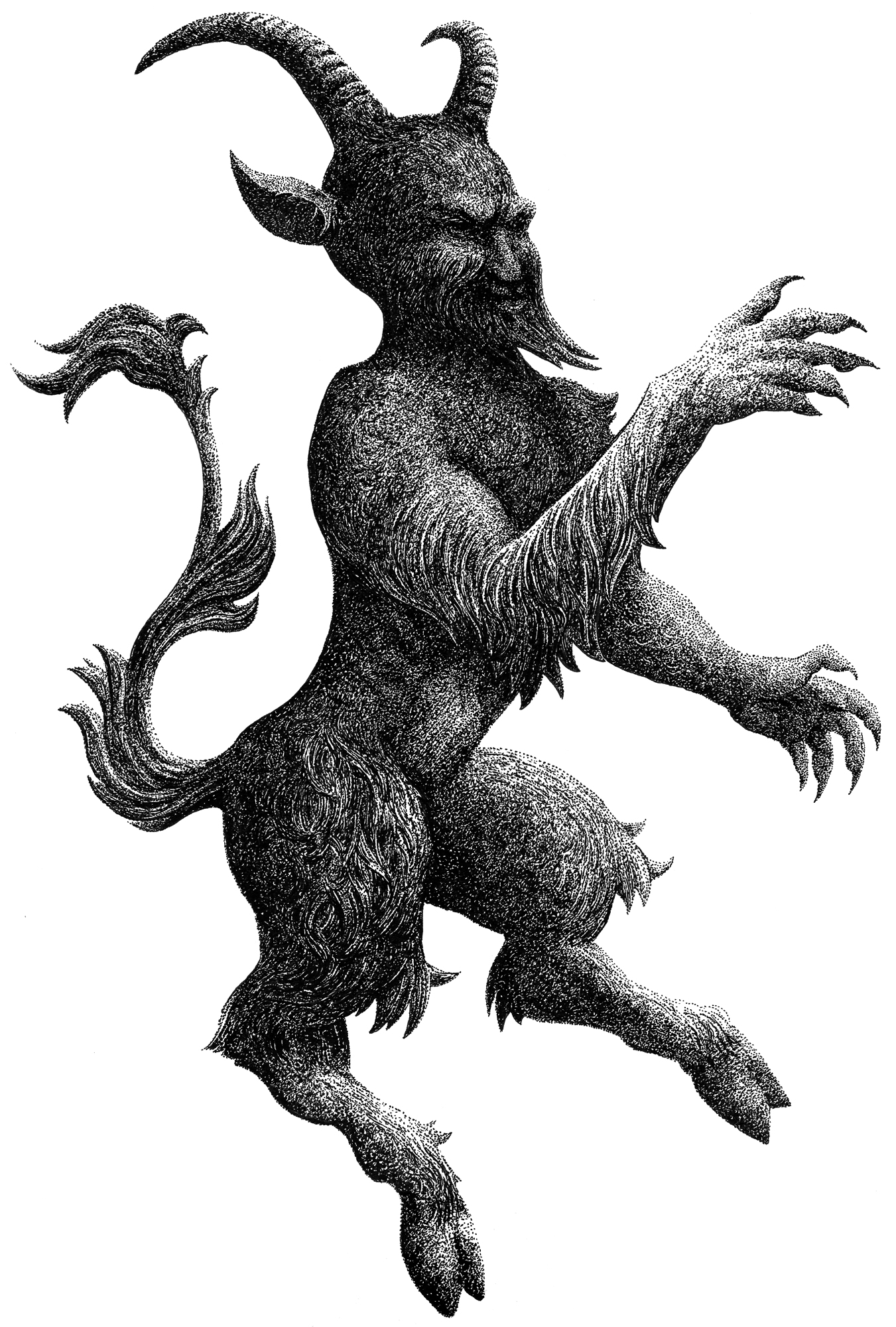 The Story of Wongraven Wines, by Jamie Goode

Sigurd Wongraven has two parallel careers. Most people will know him for his role as singer and songwriter for Black Metal band Satyricon. But over the last 10 years he has also built up a unique wine production company, in addition to traveling the world with the band. Wongraven Wines has become one of the most prominent brands in the Norwegian wine market. It’s one of the few wine companies that has been able to combine mainstream commercial success with trustworthiness in the wine geek community.
‍

It’s not unusual for celebrities to get involved in wine projects, but Sigurd’s project is anything but one of those ventures where someone well known just puts their name to a wine. Wongraven has an in-depth knowledge of wine, and is able to work on a peer-to-peer level with his winemaker partners. “When I started doing this ten years ago I never foresaw selling in excess of a million litres annually,” he says. “At the start I made 1500 bottles and I worried about what would happen if people didn’t like the wine: what would I do with 1500 bottles of wine? But it went well at the beginning and I have never looked back.”
‍

A lot of people claim that their love for wine was ignited by a single, special bottle. For most people, though, a serious wine habit is the result of a chain of events, each a nudge further along the path: this is true for Sigurd Wongraven. Drinking transitioned from being something done for the sake of partying when in his early 20s he tasted wines he actually liked. He says that between 1997 and 2004 this latent interest grew, and touring with Satyricon helped provide opportunities to explore wine further. “Satyricon were touring Europe in the beginning of 2003, and I remember getting more and more interested,” he recalls, giving a couple of specific examples. “We were in Porto and while we were waiting for a sound check we walked around Vila Nova de Gaia tasting things.
What blew me away there is that we were able to taste some old white Port which I thought was complex and fascinating and unlike anything else I’d had before.” Shortly after that he tasted Norwegian deer with some Northern Rhône wines that really impressed him. “It came to a point where I realized that to get to the next level, I’d have to start reading wine books and buying wine magazines.” He attended tastings, but the big public tastings weren’t enough: he realized he had to go to the hardcore events with just a dozen or so people, and top fine wines.

‍
Before long Wongraven began writing wine articles for various Norwegian publications “purely for fun”. Editors had become aware of his interest in the world of wine, and they turned to him as a different, alternative voice. It got to the stage where he was offered a book contract. He turned it down. He was offered another, by a second publisher. Again, he said no. Finally, when he was offered a third book deal, his music friends persuaded him to accept, and he did. So Wongraven began visiting wineries in the regions that interested him, spending time with winemakers and getting to see behind the scenes. This is where the idea for Wongraven Wines was born. He never finished the book. Instead, he wanted to create wines.

‍
“As I started digging into this, I became aware that often importers and product managers were heavily involved in developing wines tailor made for their market,” he says. “I’d visit a cellar and ask, what’s in that barrel? Oh, that’s just something we do for America. Why don’t you sell that in Norway? It’s something our US importer has been asking for.” The penny dropped: if product managers are able to specify their own blends, and create their own wines in a certain style, then he could, too. But there would be a difference. “I wanted to make my own portfolio of wines that are not made for the market, but in a style that I enjoy as a consumer,” he explains. “I don’t think there is a market demand for another traditional Barolo in the Norwegian market, but I know that I’m a huge admirer of this style. I am just as capable of developing a quality traditional Barolo with a winemaker as any product manager or importer would be, but where I differ from them is that they would do something that they think is commercially viable, but I am doing this for different reasons.”

The first Wongraven Wines’ were a Langhe Rosso and a Barolo, in partnership with a top producer making wine in a low-intervention style. Piemonte, with its amazing vineyard sites translated through the lens of the singular Nebbiolo grape variety is Sigurd’s great wine passion, so it was an obvious place to start. He also made a Champagne, buying the base wines (vins clairs) from top growers, blending them, and then getting a winery in Charly-Sur-Marne to bottle, mature, disgorge and label them. In Germany, he partnered with a winery in the Pfalz region, making classic Riesling but also a unique fine wine from a blend of top vineyards. Normally, the most sought-after category of dry Rieslings, the Grosses-Gewachs (GG), are made from a single vineyard (the top tier, called Grosse Lage). Wongraven had the crazy idea to blend across Grosse Lages, which no one did because then the wine loses the prestige of being bottled as a GG.

‍
Succeeding with the larger production wines is the greatest challenge. To meet demand for his Langhe Rosso, Wongraven needs to make 200 000 bottles. To do this, he works with a family-owned cooperative winery with access to some of the top vineyards in the region. “In a funny way, to succeed with these wines is almost more enjoyable than with the niche wines,” says Sigurd. “With a Barolo from a really good producer and a fantastic vineyard, I only have to find the balance. They have already done it for me: my job is to find a point of equilibrium.” It is different when he’s working with a large blend of Langhe Rosso. The key is spotting synergies among the blend components. “You have to learn how to identify things that by themselves are not necessarily fantastic wines,” he says, “but together with something else work really well in a blend. This is tough to do and succeeding with these wines feels almost more rewarding and fun because it is more difficult to do.”

‍
Sigurd Wongraven makes all the blends himself. He’s not driven by what he thinks the market wants, but the blends reflect his tastes as a wine lover. “If I’m working on a blend and I think to myself that I wouldn’t drink this myself, then it’s not right. The blend is only good enough if I drink the wine when no one is watching.” Being able to focus on what he likes, rather than considering the market, helps him focus on doing his job well. “I do the things that I think are favourable for wine quality,” says Wongraven. “In private conversations, many of the winemakers I meet tell me that they would like to do the same things but they can’t because the market wouldn’t receive it well. Thankfully I don’t have to think like that because I already have a job as a musician.” And there is a Wongraven style. “I want my wines to be fruit-driven, elegant, and to show finesse and depth as opposed to power and volume. I want them to be overwhelming but in a soft-spoken and sophisticated way.”

‍
From the small beginnings, he has made an effort to establish a Wongraven Wines identity. In some ways, this is similar to what he did with Satyricon. When he began with the band, it was of prime importance for it to have its own sound. “From a Black Metal point of view, when we started all the bands that came out of the Norwegian scene were very determined to have their own sound. It was very important that none of us sounded like our friends or some band that had been there before us.” He thinks it is the ultimate compliment when a winemaker recognizes a blend that they have not tasted before as a Wongraven wine. He adds that, “it is very important for me that I get to do this myself. The discussions I have with the winemakers that I work with are very fruitful. They know a lot of things about viticulture and vinification that I am very interested in and I ask them a lot of questions about. Then we also have a lot of discussions about quality. A lot of the time we agree, but sometimes we disagree, and when we disagree I consider our disagreement as very important in terms of moving forward.”

‍
The independence of Wongraven Wines is important to Sigurd. He emphasizes that his wines don’t succeed through being associated with famous wineries. “My projects, vision and ambitions in the world of wine do not live through the people I work with,” says Sigurd. “The main asset of Wongraven Wines is actually me.” The parallel here with his career with Satyricon is clear here also. “I’ve written all the songs on all the records that we have released for the last 25 years,” he says. “The guys that I work with play their instruments and then they leave the studio. I am the only guy who is there from the very first to the very last day. Satyricon is very much my baby, and through the last 25 years I have been working with some of the most accomplished record producers out there. They are highly confident, experienced people. In the same way that I ask them for their advice, input and guidance and never been afraid to argue or even fight with them, if that’s what it takes to get a song the way I want it to be. I don’t care who they work with or what they’ve done, I have the song as my best interest.” He adds, “having done this journey in music is what gives me the confidence to trust my vision when I make a blend.”

‍
Ten years on from founding his wine company, Sigurd Wongraven is still busy as a musician. But he’s also firmly established Wongraven Wines as an important player on the Norwegian wine scene. Now, he says, it is time to take Wongraven Wines international.